Changing your habits for the better 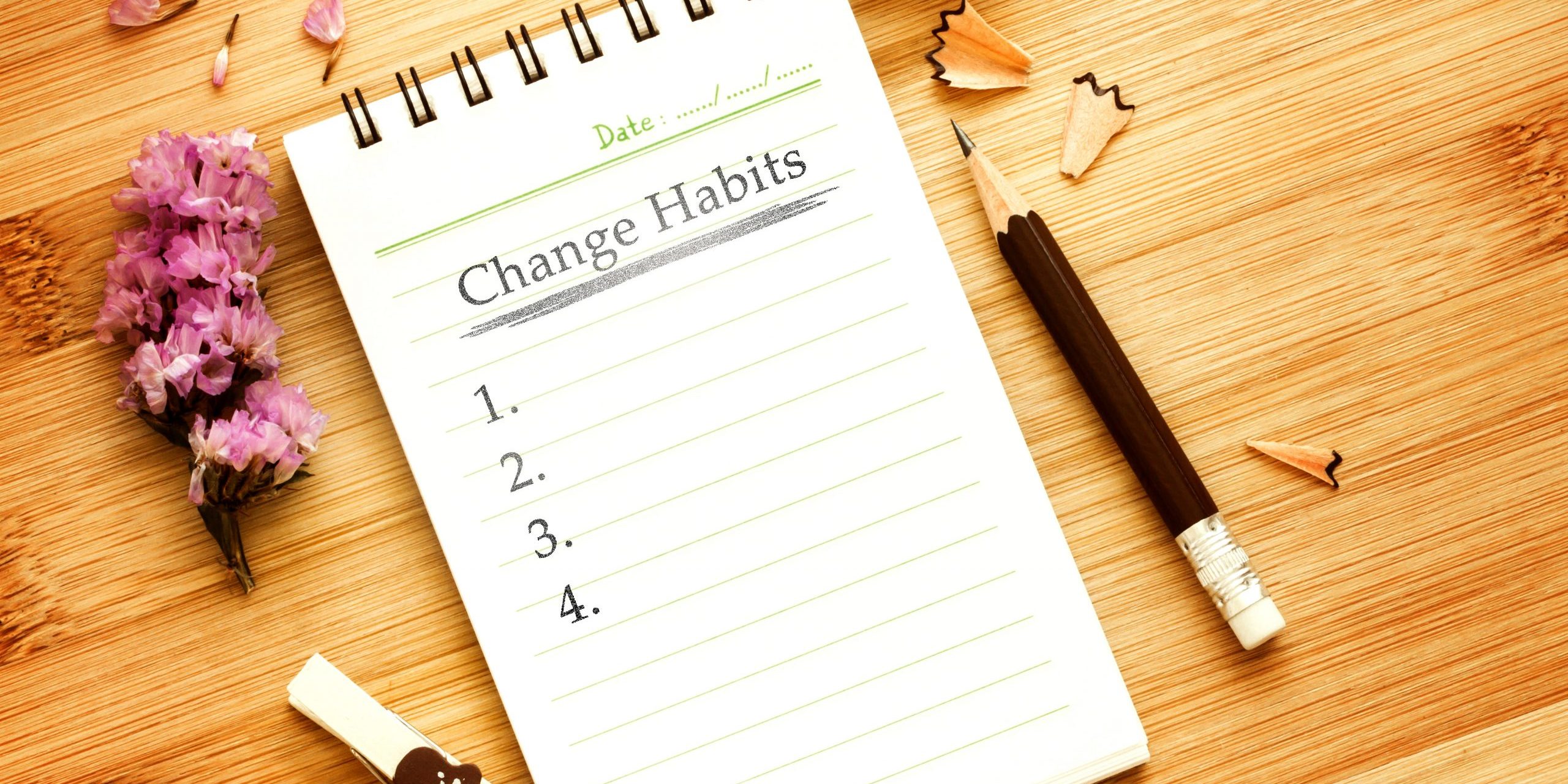 Self-improvement is hard. We all want to improve aspects of ourselves, but bad habits are hard to break. What we need are means of making our goals clear and more achievable. If you have a clear set of steps to climb to reach your overall aim, you are much more likely to succeed.

The intention behaviour gap is a term used to describe when our behaviour does not match our intentions. We say we are going to behave in one way when the behaviour we demonstrate is the opposite. A study found no difference in motivation between those who change their behaviour and those who do not.1 So, what is causing the difference? You must also have a strong sense of willpower and self-control to succeed.

A study into the intention behaviour gap identified two types of intention;2 The first is goal intention, one example of this would be someone saying, “I want to be healthier.” It is valuable as a goal, but a fuzzy one. There is no chance of success without a precise plan as there is no indication of how you plan to go about it. The second type of intention is implementation intention. An example of this is saying to yourself, “During the next week, I will eat five pieces of fruit and veg every day”. The goal is the same, yet with implementation intention, you have created a situation for yourself that makes your goal more achievable.

A study in the British Journal of Health Psychology found that 91% of people who planned their intention to exercise by writing down when and where they would exercise each week ended up following through. Meanwhile, people who read motivational material about exercise, but did not plan when and where they would exercise, showed no increase in comparison to the control group. This demonstrates the importance of action over motivation.

Hundreds of studies have shown that implementation intentions are effective for sticking to our goals. One example may be writing down the exact time and date of when you get a flu jab. For example, they increase the odds that people will stick with their habits; recycling, studying, going to sleep early, and stopping smoking are examples. Researchers have even found that voter turnout increases when people create implementation intentions. Questions were put to voters like, “What route are you taking to the polling station? At what time are you planning to go? What bus will get you there?” Other successful government programs have prompted citizens to make a clear plan to send taxes on time or provide directions on when and where to pay late traffic bills.

To incorporate implementation intentions into your life, you can do so by creating two plans. The first is “if-then” plans, i.e., “if X situation occurs, then I will do Y situational cue as a guide to succeed”. In doing this, you create a clear plan of action for when you find yourself in that position. The second is the coping plan, “If X happens, I’ll overcome it by doing Y.” Here, you are preparing for setbacks and implementing a plan to overcome them. Using both strategies facilitate “automatic” activation of these behaviours, triggered by environmental cues. These become habits after you have acted on this for long enough. People believe they lack motivation, when in fact, what they mean is they lack clarity of action. It is hard to know where to start unless you frame your goal in a clear-cut way.

Measuring goals through ‘SMART’ is an effective way of making goals more realistic. SMART is an acronym for ‘Specific, Measurable, Achievable, Realistic, Time-bound.’

An example of a SMART goal for someone who wants to be healthier is thus:

Specific – What do you want to do: “I want to be healthier by doing more regular exercise, I enjoy walking, so I’ll do that.”

Measurable – How do you know you are going to do it: “I will go every day”.

Achievable – How can you manage it: “I will go for a walk for 15 minutes in the week and half an hour at weekends.”

Relevant – Why is this important to you: “This will get me out of the house, which is also important for my mental health.”

Time-bound – Why are you doing it at this time: “I will do it every day in January as I want to achieve a New Year’s resolution.”

Much like implementation intentions, SMART goals help creates clarity in what you want to achieve. By creating an objective, and completion date, you also increase your chances of reaching your goals. You might find that your aims have previously been unachievable because they have been too vague or unrealistic. Introduce SMART goals to get closer to your aspirations.

By Alana Bowen-Burford and Will Davis