Football for all – Managing disability through sport. 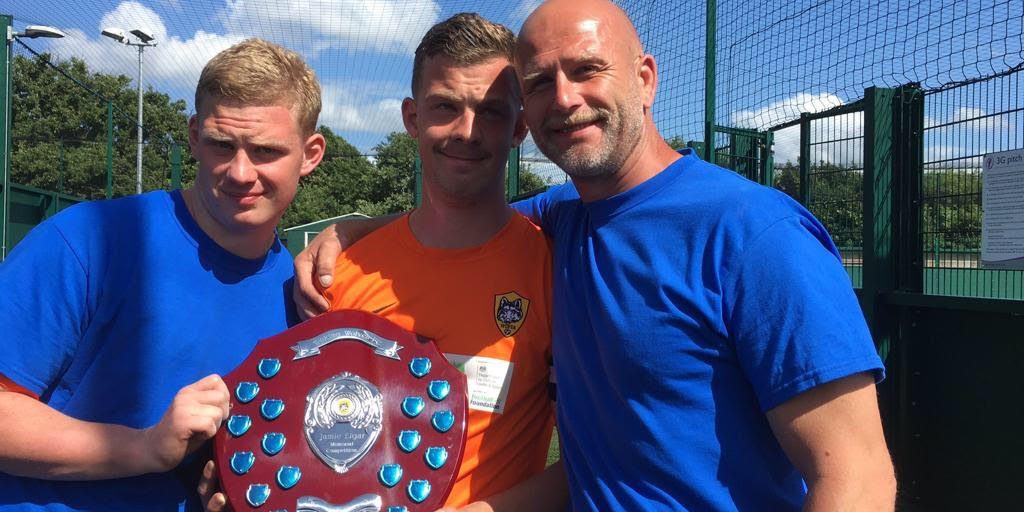 Nick Elgar is the manager of Woking Wolves Disability Football for All. As a former rugby league player, he has aimed to bring his experience in a professional sports environment to the challenge of coaching a disabled football team. Nick has two sons, who are team members and thanks to his and other parents’ involvement, Woking Wolves have become incredibly successful on and off the pitch. They host the annual Jamie Elgar memorial trophy, of which we at Execview are proud sponsors. Ahead of the tournament, we had a chat with him to get his insights into management. Nick offered up some fascinating ideas around developing disadvantaged people and setting them up for life through the lessons they can learn from his coaching.

What is your approach to management is and what do you think makes a good manager?

Communication and engagement, I like to know what makes the players tick, how they feel about things. There’s a bit of counselling involved; you can often sense if something isn’t right with somebody. We try to speak to people about their lives because if they are not happy, that can often come out when they come together as a team. With the older teenagers within the team, there are often new and scary things going on in their lives. They can be on an emotional rollercoaster sometimes, but I care about them all, everyone in the club does.

What aspects of playing professional rugby league did you bring over to coaching a football team?

A simple view of the game. There will be no place in our club for people shouting, swearing, or arguing with referees. It is disrespectful to their teammates because there is nothing worse than if somebody makes a mistake on the field and are hounded by their mates, let alone with the parents. I just want my players to behave respectfully towards each other and other teams. We have been in competitions where I know we have, luckily, some very, very able players. The unwritten rule for me is that if we score three, the goals must stop. The game must be a sporting occasion. It is no good for us to win by an excessive amount, it’s demoralising for the other team. We had an incident recently where we were in a game, and the opposition was very challenged. We scored a couple of goals very quickly. It was clear that there was a disparity in the abilities. So, I told the referee our team will play one-touch football because they need to be challenged also. Obviously, it was not easy for our players, but it was a good challenge.

You participate a lot in competitions and tournaments. You put on your own annual tournament, the Jamie Elgar memorial trophy. What do you think is the importance of competition for the people who play for you?

Firstly, it takes us to different places that the players will not have experienced before. I am sure they will be better equipped when visiting other areas in life because they have had the experience of going out and playing at different places. The other aspect is that they can play at an appropriate level against other players and be engaged in a suitable match. Our competitions are usually multiple matches, and they play against like for like. It has helped them develop and it’s also good for them to test themselves against other players. We can play amongst ourselves at training, but it’s good for us to be a unit and to be able to try and see where we are in footballing terms as well. The sporting aspect of this is we as players will always accept winning, losing and drawing. And this is part of life. Sometimes it is disappointing, sometimes things don’t go well. But we must remember, first and foremost, we are there to enjoy playing football. The reminder that I always give them is this, we are better as a team. If they are trying, then that’s everything. That is all that matters. Some tournaments we can win, some we don’t win. That’s life.

Do you think it encourages better teamwork? The style of play that you coach?

Absolutely. Quite naturally, some players will see themselves as an attacker who doesn’t have a role to play in defending, or a defender, who doesn’t have a part to play in attack. Well, my view of football is that people will be designated a position, but their job is all-encompassing. There is defending to be done in different areas of the pitch. There is attacking to be done in different areas of the pitch. Pep Guardiola is a visionary, in my view, and I love his philosophy of the game and what came out from his Barcelona team and of course, he’s now managing over here. OK, so we’re not Barcelona or Manchester City, but we’re going to try because every player wants the ball if we’re playing football on the ground. Recently, we have been working on decision making. For these guys, that’s crucial learning because they will all need to improve their decision making as they go through life. It is good for them to understand the decision-making process on a football field. Most players will think, well, the ball’s not coming to me, I am not involved in this moment of the game. What we have talked about is the game changes every second. The players need to be moving so that they are available as an option or affecting the game in some positive way.

So, there is some aspect of taking what you learn in sport and applying that to life lessons?

Yeah, absolutely. And I want their attitudes towards the game to be broader. But from that will hopefully come a better ability to deal with some of the things they will come across in their lives.

Nick Elgar, manager of Woking Wolves Disability Football for All, was interviewed by Will Davis.

The 5 Most Important Steps to Capturing Lessons Learned
January 19, 2022

How to develop the right Strategic Plan for your Projects
January 11, 2022
RECENT POSTS
BLOG CATEGORIES
Go to Top