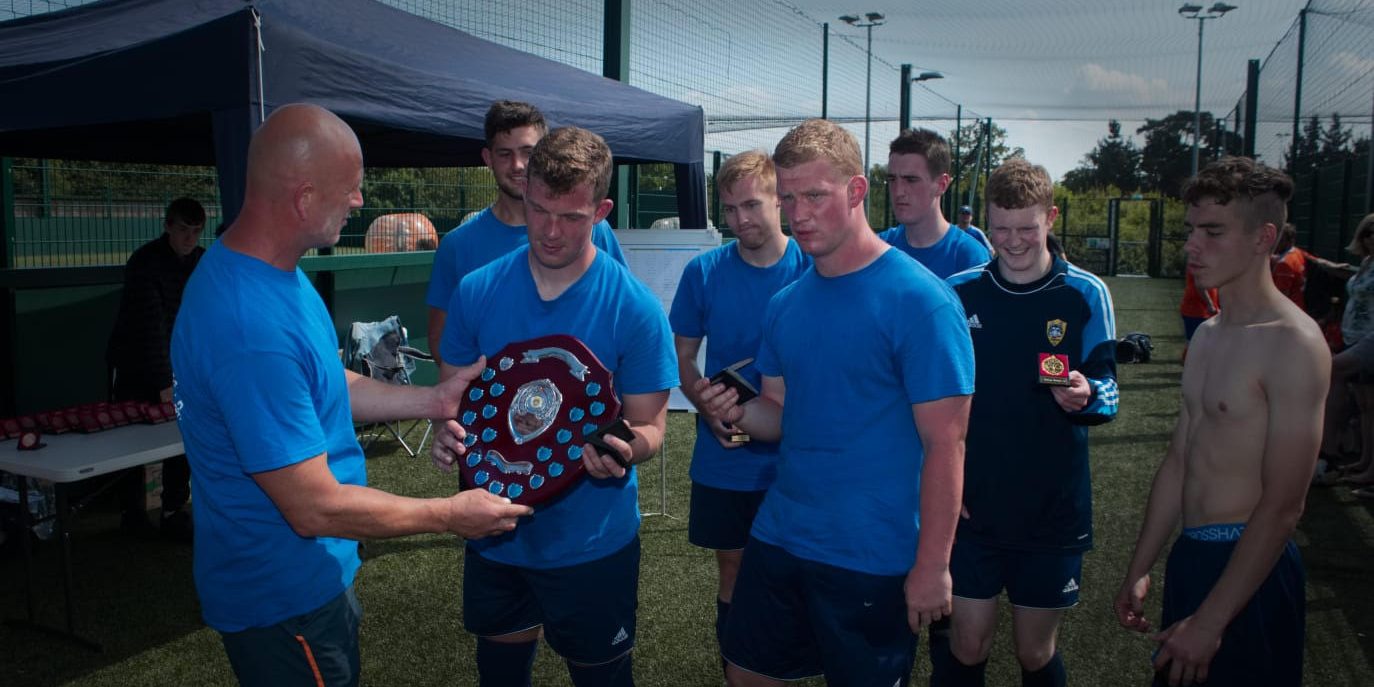 This is the second part of our interview with Nick Elgar, the manager of Woking Wolves disability football-for-all, interviewed by Will Davis. You can find the first part here.

How did Woking Wolves Disability Football for all start?

We came out of a disability side run by Woking Football Club back in 2008. It was meant to be a football-for-all environment where any players who couldn’t access the mainstream game had an avenue to go and play. Primarily the aim was for fun but also engagement in sport. Football’s an easy sport to understand because all we’ve got to do is kick the round bouncy thing in the rectangular thing and try and stop the other team from doing that to you. However, with Woking F.C., their interest in the field pretty much dried up in 2010. So, as a group of parents, we had a decision to make, do we continue on our own, or do we disband? To us, it was just a no-brainer to carry on, and either by luck or bad judgement on my part, I ended up as the coach.

And the ‘for all’ aspect, would you say it’s to promote an inclusive environment?

Any ability, age, sex, orientation, colour, creed, it doesn’t matter. The only underlying thing is that there is some level of accessibility needed to get into the game. We don’t try to run the club conventionally because there’s a lot to the mainstream game that I don’t like. The lack of respect, players not getting to play because they’re not at the same level of ability as somebody else. We promote that everybody gets a fair chance.

You put on social events for your players and have gone on tours around the country. How have you achieved this growth?

What we decided to do initially was just to build on the football aspect, that’s how we grew in numbers. When players then really got to know each other as mates, we wanted them to socialise and build team chemistry. We did bowling, go-kart racing, and have a Christmas meal every year. At the end of the season, we have a presentation evening. A lot of the guys and girls that we have at the club don’t have the same level of opportunity to socialise as the rest of us. What we wanted to do was try and tease that out.

About four years ago, we started to organise small tours away. A long weekend. We’ve taken them to Manchester, where we visited the football museum. The next day we went out to Blackpool Pleasure Beach, then I’d organised for us to play a local team before we headed home. Another year, we went to Birmingham and did a similar thing where we went for a day at a theme park. And on the following day, we were accommodated by Aston Villa. They were really good with us, gave us tickets to a game, and looked after us all afternoon. It was a really kind gesture.

I saw in your social media that you’ve been doing meetings and quizzes through the lockdown. How have you navigated through the past 18 months?

When lockdown came, we wanted to keep something in the diaries for the players. Nobody was going out, so the first instinct was to keep spirits up. I organised a zoom exercise programme, so anybody who wanted to join in could do so on a Saturday morning in our usual training slot. We then progressed to a weekly social zoom meeting on a Wednesday evening which developed into putting on quizzes and other events. We got back to training as soon as we could. Disability sport was excluded from the restrictions from January onwards, and this was a real bonus.

We all like routine and respond better to a recognised routine, but it is even more important for our players. They want to know in their minds what’s happening in advance. We want to keep things as normal as possible, especially because of the uncertainty around lockdown. The mental health impacts with that can be massive.

The 5 Most Important Steps to Capturing Lessons Learned
January 19, 2022

How to develop the right Strategic Plan for your Projects
January 11, 2022
RECENT POSTS
BLOG CATEGORIES
Go to Top